After the annual election of the Committee of the Lions Club Sliema, the President proposes funding for a Charity that we would concentrate on for the next year. During the meeting on the 20th July 2022, the members present approved the new Charity. The President, Norman Wilson, outlined the reasons for his choice to be adopted for the forthcoming funding activities.

Approximately 35,000 people in Malta have an impairment or disability. Most face social hurdles in the form of prejudice, discrimination and avoidance, as well as objects of pity, and many are overwhelmed by some unfair acts of the general public.  However, there are many things that help, including the power to become Para Athletes.

Unfortunately, funding is not easy for any Para Athletes, especially if the sport they practice needs specific equipment to enable any athlete to compete.

A Para Athlete, Julian Bajada, was a Founding member of the Malta Paralympic Committee (2018). He is also involved with Siggiewi Rowing Club, introducing the sport of rowing to people with disabilities in Malta. He has already raised Euro 43,750 for the sport.

The Lions Club Sliema would like to concentrate to raise funding for another special Adaptive Rowing Boat costing around Euro 6,000. 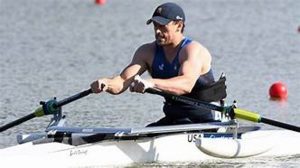